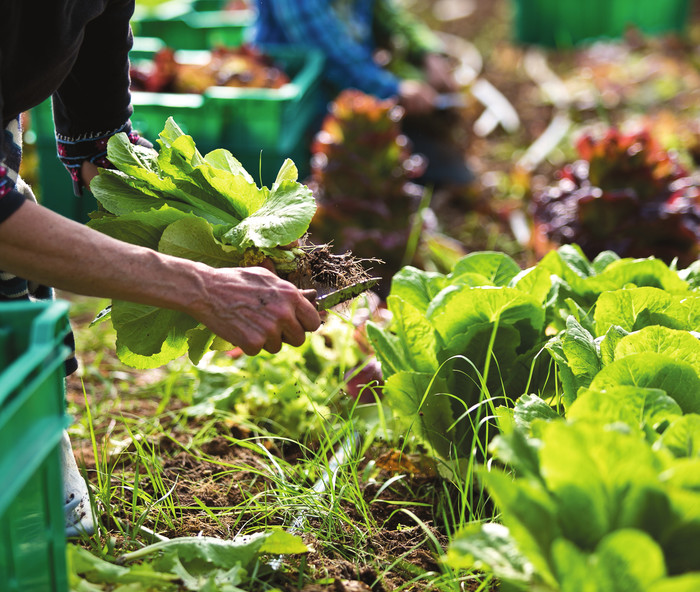 E dwin Dysinger, Head Winter CSA Farmer at Bountiful Blessings Farm, is a tranquil man, his words measured, his manner courtly. No doubt, such a presence evolves from personal glimpses of creation. He has always felt the pull to improve the lot of others, and his family is unified in that mission.

We value a quiet, simple, and sustainable life surrounded by God, family, and friends.Edwin Dysinger

His father’s focus on caring for others as a doctor is reflected in similar visions held by Edwin’s brothers: Wayne, a doctor in California, and John, the originator of Bountiful Blessing Farm in Shady Grove, Tennessee.
In the beginning, Edwin made his way to the land with a master’s in international public health, taking agricultural classes along the way. Likewise, his wife Jennifer prepared for a similar outreach before they moved to Africa to do the work they were called to do. They lived in the Sudan and Yemen for a total of 12 years.
When they returned to the states, Edwin recalls that he “set up a garden” as John was starting up a strawberry farm in Tennessee. “I had an interest,” Edwin says.
During the time while Edwin, Jennifer, and their family were in Oregon, John, his wife, Pam, and their family decided to try a fall planting to supplement the strawberry growing season. They would offer a winter CSA, an exotic quality of life, to subscribers in the form of fresh vegetables from the first of October through the end of March.
In 2006, the Dysinger brothers, Edwin and John, began to work together at Bountiful Blessings. The families have woven a life of physical and spiritual strength in order to feed countless families with the CSA process.
“A CSA is not for everyone,” explains Edwin. “A CSA is for those who want to eat in harmony with the seasons. A CSA is for the more adventuresome.”
This winter season, Edwin, Jennifer, and their son Paul are manning the fort. Along with farming chores, Paul delivers an online gardening university through webinars, called Born to Grow (http://borntogrow.net). This educational component from a younger member of the clan is only natural, having taken root in a public health consciousness before he was born.
“So many fundamentals for life are present in the natural world,” says Edwin. “The choice to farm is a spiritual discipline as much as it is an occupation.” As vegetarians, the Dysingers are growing their own diets.
From mealtime they have developed astrident interest in a variety of lettuces and perfected a carrot that winter customers have come to revere.
This season Bountiful Blessings Farm is offering a lot of what people want in winter, with shiny greens of beets, Swiss chard, spinach and kale, sweet turnips, butternut squash, and both Irish and sweet potatoes. Other handcrafted products include raw honey, maple syrup, and apple sauce.
The Dysingers are faithful stewards of the resources placed in their hands. They connect each day with an accountability to God, their families, their customers, and their community. And while there are perks everywhere for such an awareness, Edwin says, “There is nothing that I would rather do than to work under the sky.”

Lovely photos from the gifted: sarah@sarahbgilliam.com

Thank you to Local Table for the beautiful work they do in Middle Tennessee. Visit their site: