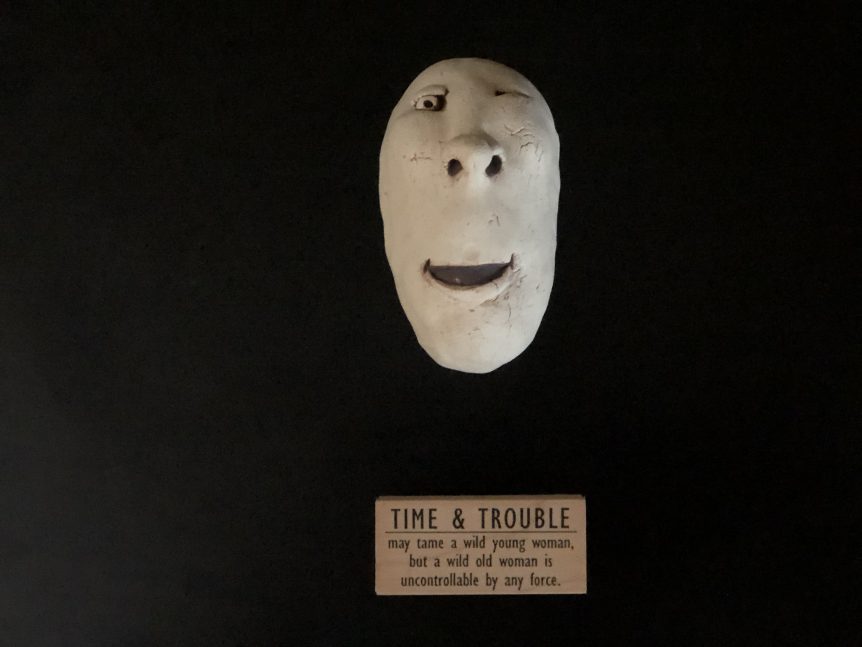 Here’s a new one. Before heading to Nashville (I live some 45 minutes south in Columbia), always, always I swoop around the Maury County Courthouse, park and run into Muletown Coffee for a cup of cappuccino … to go. But this day was tightly wound and before ascending the video game that I call interstate driving, I glided through a popular fast food mecca on the way to Highway 65 and ordered a small black coffee.

“That’s all!” I cried out cheerfully to the garbled utterance on the other end of the box. Before accelerating I glanced at the giant screen – Senior Coffee, 65 Cents.

Ok. Where’s the candid camera? I fully embrace this my 65th year, but isn’t it just too creepy to be judged by big brother now perched on an interstate exit? Shades of Walter Brennan on The Real McCoys filled my ears (Google it if you must).

Arriving at the payment window, I asked the stunned-looking yoot (aka youth) – what was up with senior coffee – “I mean I know I’m an elder, but how do you calculate senior status? Y’all have cameras embedded in the screen?”

“No,” she said with flat affect, “Really, it was your voice.”

Double damn, what? I work diligently to keep myself erect, well fed and mentally tuned and now you say I must rescue my voice?

Still my voice was never an asset. The sound of North Mississippi twang meets Middle Tennessee swang was first exposed to me in New York City inside an elevator at The Helmsley Palace. It was 1981; I was 26 years old and overly confident in my ability to conquer said city.

I had an inordinate number of friends in college majoring in speech therapy. Did I miss the memo, the boat, the voice of my dreams?

Once when I tested for a local television gig, I thought I sounded like Minnie Mouse. Evidently cable is not too discerning. I got the job but I was always working to improve my delivery.

Later I attempted to take advice from Oprah. My daughters and I went to see a last taping of her 25 year run in Chicago.

The scheduled program was so dark in subject matter that she appeared beforehand to say that she felt badly about the content, and to make up for that happenstance, she would sit on a stool and answer our questions.

We had a little chat. That’s when she told us about learning to lower her register. She was counseled not many years prior that she sounded more professional with such a change.

Back home I tried that out but felt so unnatural to myself I had to stop. And as for Oprah, I can hear her former voice in playbacks of The Oprah Show and will verify that I actually prefer her higher pitched and original voice.

My daughter recently advised me on what may be a fatal flaw. “You cannot tolerate inauthenticity,” she said. Touche.

But even if you have a wardrobe of voices (and you’ll notice some people dooooo), would it be good for the brain to transition the vocal cords into somebody it doesn’t recognize? I say we have too many switches to flip already!

Still I must consider the grandmother Minnie Mouse sound effect. Note: but like a bystander said to me one day when I tripped on the sidewalk, “Painful, ain’t it?”

I can see collective nods when I say we all flinch when we hear grown women pull out the baby voice. I have a male friend who puts on deeper, boomier vocals when in the presence of two or more. Answering the phone he broadcasts as artificially as if he were Garrison Keillor.

Ironically after all these years, I’m super aware of my southern accent which I do believe has become more comical. Sometimes I stop and listen to what I have just said. Did I mention that I’m shameless in my peculiarity?

Particularly when my Chicago grandchildren repeat words back to me that I just said. They are not insensitive; they are trying the slur out for size. “Is that what I sound like?” I say.

Lawd, have mercy, I think and then I cover my face in response.

A singing friend told me that there are a few things that I can do for my aged voice. “Smile,” she said “or you can always employ a voice coach.” How very depressing.

“Just record yourself then and as you speak, make the desired changes that way,” she persists. “I don’t know how to be that intimate with myself,” I snap.

Since that time I have taken note of the following foods which are said to enhance the voice: ginger, cucumber, kidney beans, chicken and turkey. But woe be to the banana. Though it is golden on potassium, it produces mucus which has a way of “sitting on your vocal chords.” Yeck.

So for the frequent road trip, I’ll settle for green tea, honey and lemon because they say that coffee dehydrates. But wait, then I’ll lose all the caffeinated interaction that keeps me aglow.

What’s an old voice to do?

Green Tea with Honey and Lemon

I respect you too much to provide a recipe, but I’m highly recommending a good quality loose green tea which is reportedly high in antioxidants.

The honey and lemon combine with the tea to provide some medicinal value too.

Tea is an easy trip souvenir and after you secure some local honey; you are set for voice rehab.