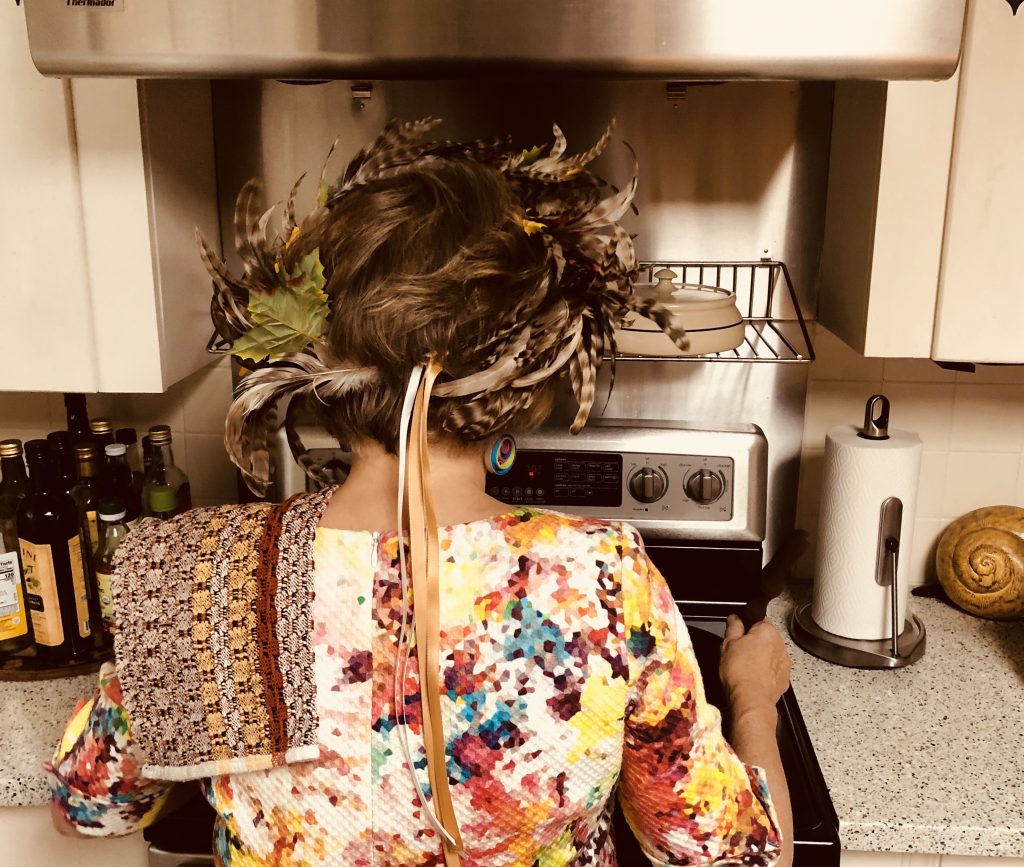 I would rather have a mind opened in wonder than one closed by belief. Gerry Spence

I knew a man who was struck by lightening in a stadium seat and died. He was enjoying the game and boom; a bolt took him out. He was a dramatic individual. This method of departure suited his style.

My mother was fond of saying, “when your number is up, it’s up.” As fate would have it, her personal odyssey included death not by accident or illness, but by unexpectedness. This suited her personality. A final curtain involving heavy conversation with loved ones were not her forte.

Interesting, isn’t it, where people place their attention? My mother also had a preoccupation with caution. Always a warning for me and my brother. We laughed by the reach of her stories about folks who weren’t playing it safe. I received them as a blessing of sorts and miss them to this day.

I could always see her wheels turning before she spilled the unfortunate details of the thing that happened to that unsuspecting somebody. Still she had the good faith to finally turn it over – when your number is up, it’s up.

This has served me well. Like a prayer, out of my hands and into the intelligent care of providence.

Then there’s another category of folks who hold onto the fear of being robbed. It’s not that I’ve never been robbed. Once in college while waiting on a load of fancy unmentionables to complete the delicate cycle, I decided to go water skiing with a friend in his new boat.

When I came back to town, the entire load had disappeared. I grieved that undie wardrobe, but the thought of someone who might never have such nice things becoming tempted to treat themselves softened me up. I bought some no-nonsense Carter’s Underwear to do proper penance.

Occasionally my neighbors get excited and here comes a string of group texts – “homeless encampment on the nearby railroad tracks!” I live in a small town with minimal crime. I don’t have an anti-burglary system. My compulsion to remain a trusting individual stems from the friend in Mississippi who was the first to install a state of art alarm system. All other neighbors followed suit except for one who, in the end, never had a break-in.

And p.s. – I once worked for an institution with nothing to steal but a mighty alarm system with false warnings in the middle of the night. I rest my case.

This reminds me of young stay-at-home motherhood. Evidently gypsies were a big concern every spring where we lived. I first learned of the legend when a well meaning, but worked up church-lady/neighbor alerted me. “They wait until you go out the back door to come in the front and steal you blind.” I felt my blood tingle.

“While you are out watching the children in the sandbox, they are going through the family jewels,” she continued. Taking things of cherished value made me consider my Yazoo City grandmother ’s meager jewelry box. Her Sunday School eyeglasses with pearl tips might be a find though I don’t know if gypsies would go for that look.

That same year, I thought I saw a band of gypsies in the Jitney Jungle. My racial profiling skills went onto overdrive – dark hair, white teeth, colorful clothes and loud, but merry voices. They were consulting over the produce.

Big reveal and untimely clarification … my greatest fear in life is to be shunned by people who should love me for the who I am. So back to the moment while studying the presupposed band of outcasts, all I could think was if I ever found myself in family/friend exile, I would wait for spring, find the leader of the band and ask – “Do you need a campfire cook?”

I’m pretty sure they would go for something inexpensive that could be stewed in an iron pot. I would become indispensable town to town as I foraged each day to integrate God’s creatures of the gypsy variety with seasonal and local ingredients. And when the heat was on our trail, I would stir up some beans and rice.

Just in case to be on the safe side, I have committed this recipe to memory because someone once told me that gypsies travel light.

For me, if there was ever a non-local, but vital pantry staple…dried beans is the ingredient. And listen, these are not ordinary dried beans that you find on the grocery shelf which are who knows how old. I order a variety of this superior grub twice a year from Rancho Gordo. You can read about their glorious history and check out the menu on https://www.ranchogordo.com

This beautiful recipe came with my last order.  I whipped it up and it is now a favorite.  Wa-La!

In a pan, add the water, coconut milk, cinnamon stick and cloves. Bring to a boil, then turn off the heat and let steep for 20 minutes. Strain, reserving the liquid and discarding the solids.

In a medium saucepan, add the rice the reserved liquid, salt and ginger and bring to a full boil. Allow to boil for about 10 minutes, stirring occasionally. Reduce the heat to very low and cover. Cook for 45 minutes, undisturbed, until the rice has absorbed the liquid.

Turn off the heat and let sit for 10 minutes. Fluff the cooked rice with a fork and gently add the beans and cilantro or watercress, if using.