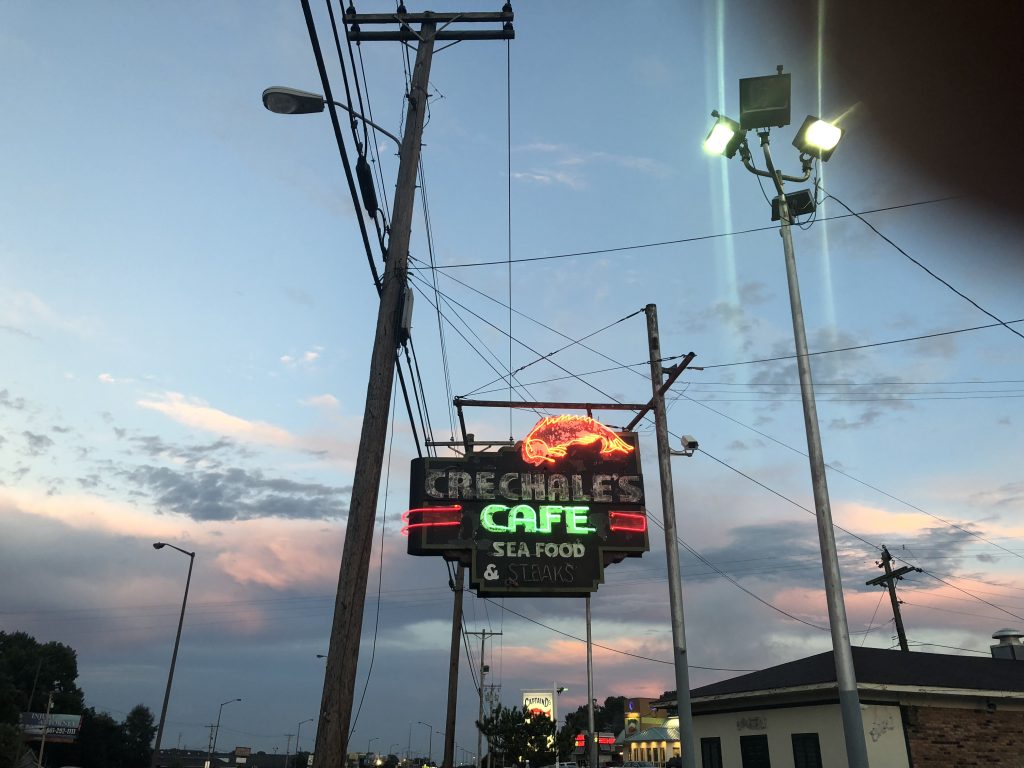 John Evans, owner of the sublime Lemuria Bookstore http://www.lemuriabooks.com,  offered a commentary as we huddled in anticipation. He drawled,“We done gone to heaven, yall.” And indeed, we were ascending.

The gathering of old friends whom he addressed were feeling the love. Platter after plate were coming our way posthaste with careful placement by the efficient Kimberly, a gal who knows her art having served at Crechale’s Cafe http://www.crechales.com for fourteen years and believe this: she is still a rookie among other staffers who have been on the premises anywhere from thirty-four to sixty years.

Owner Bob Crechale has been there almost as long as his people. At fourteen, he began absorbing the trade from Grandfather Paul who immigrated from the Greek island of Skopelos and eventually invented Crechale’s Cafe in Jackson, Missisippi in 1956. “Work is the yeast that rises the dough, he would say. My grandfather worked me hard,” says Bob.

Ordering had been a challenge, but a Wynton Marsalis-like version of Just a Closer Walk with Thee from the nearby, tricked-out vintage jukebox picked up our aptitude for extracting our druthers. My fickle nature lamented what we had left behind: snapper, trout, Florida lobster, hickory smoked chicken, scallops, stuffed crabs not to mention superior cuts of USDA certified prime meat.

For six decades Crechale’s Cafe has resided on flat Highway 80 West as a bragging right for Jackson, Mississippi. It joined a host of superior Greek family owned restaurants that prevailed by the mid-twentieth century. Dinner partner Dr. John Neill suggested that during our childhoods, families in Jackson were devoted to Greek inspiration by way of either The Mayflower, Dennery’s, The Elite or Crechale’s.

Almost all the folks gathering at the table that evening were Mississippi-born, never straying with exceptions of education and travel. Others, like D and me, who relocated never gave up on dining out in places like Crechale’s. Rarer than hen’s teeth, such venues promote devotion because they are the very definition of “if it ain’t broke don’t fix it.” 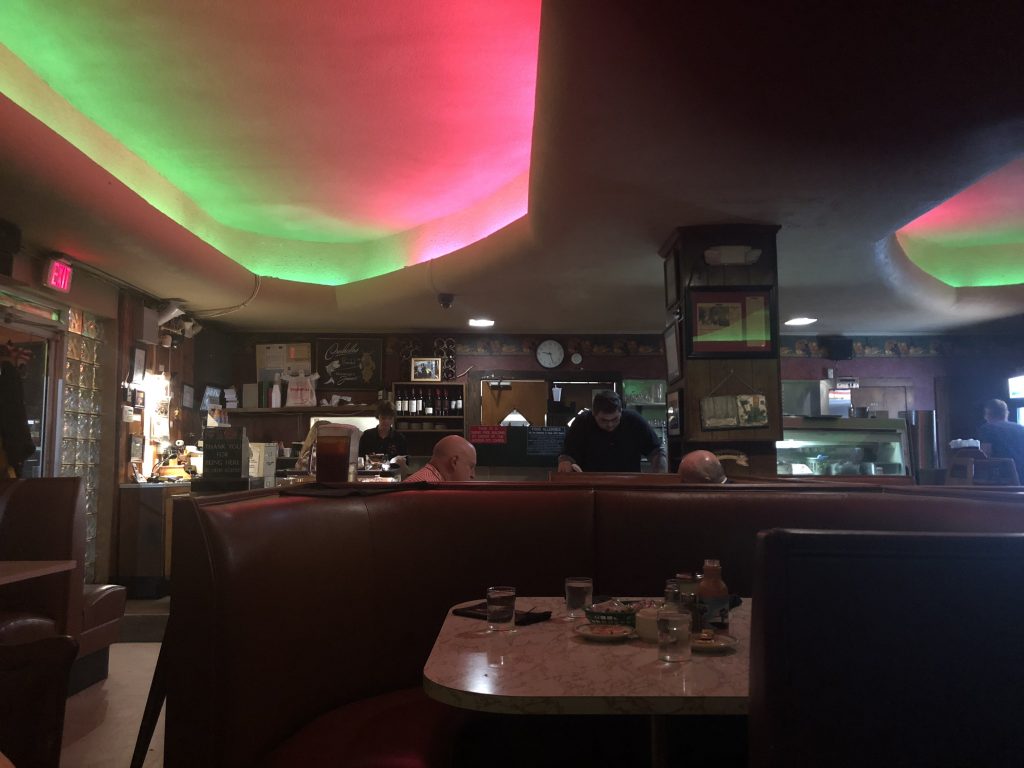 Bob’s choice to carry on with Crechale’s was a compact with the heavens. He greets the newbies and welcomes regulars. He humbly dismisses compliments, but accepts the opportunity to keep quality in tact. A patient man, he awaits the word from one of his three children on a possible commitment to the legacy. “It is fine if they don’t choose it,” he says. But then sigh… we would be lesser for it.

From a long way, one can see their dramatic neon sign hovering over a small heavyset block of a building. Paneled inside with 1950 knotty pine, heavily armed with vintage floral drapes and green table linens and assorted wall hangings of unknown personal value including a fly swatter and a print of the Acropolis, Crechale’s abides. Designers seek to duplicate the haunted beauty of the past with the sort of ambiance that can engage the present. The Crechales deliver.

And authenticity is no doubt a reason that throughout his career as bookseller, John Evans has ritualistically hosted visiting authors the likes of Charles Frazier, Barry Gifford, Jim Harrison, Willie Morris and Elmore Leonard. They are all waved through the glass block entrance, past the once Jackson State shooting star and greeter Ben McGee into an environment that is uncontrived and ripe for setting.

Safe bet those wordsmiths have never forgotten their jaunts to Crechale’s. Open Wednesday through Saturday, the restaurant takes no reservations and if a wait is necessary, the evening will progress at a proper pace with cocktails and ever-flowing service of the dreamily battered onion rings and the original (original) comeback sauce, a Mississippi lagniappe. (To taste it is to lurve )

Bob says that each night after closing, the restaurant staff eats together. I believe that sort of reverence blesses all who pass through with the spirit of community.

We are partial because of a family visitation history, but even so, the environment is a relief particularly during present day times of formula. Dishes served strive to satiate, not wow.

Way back when our own home was buzzing with young ones, we met over Crechale’s menu. One such night, while inhaling broiled chicken livers (for me) and flounder (for D), I observed a self assured father and his two graceful and grown-up daughters stroll inside.

Smote by the vision, I observed a possible future of mine; I never forgot whose table sustained me in more ways than one.